With more information having been produced in the last 2 years than the rest of human history combined, I read with interest recently this article about the context, processes and value behind social scoring. Whilst it’s debatable as to what magnitude of useful and genuine “information” growth there has been (idle “chatter” and streaming episodes of our favourite soaps are all counted in for example), there’s no doubt there’s a lot more information, stored across a lot more servers.It’s estimated that this data mountain will be 44 times higher in 2020 than it was in 2009. That data mountain presents a lot of opportunities for consumers and businesses a like, and it seems one of the latest opportunities picking up momentum is is looking at how we can “score” brand strength, performance, and even measure our social influence.

It’s the latter in particular that has this reader intrigued. Given the core focus on many organisations marketing outreach being increasingly based around social, it’s not a surprise that there is a large growth in organisations and systems that try to put a measure on it all to get a more focussed view on their influencing potential, and conversely their threats present.

The various algorithms that try and create accuracy around the process all seem to miss something though. Something important, in fact something vital in the accurate “measure” of all this social and professional data, it’s sentiment.

The sentiment problem is a very human one. Across my years of experience with various buzz metrics tools, campaign monitors, and media analysis, there is nothing better I have found than good old traditional elbow grease and spending the hard yards to get a true value of sentiment. I would love there to be another solution, but until the day computer programmes can assess meaning as well as measurement there will always be major flaws.  That’s of course not to say these organisations don’t have viability, or even usefulness, but the real power of influence is not measured on online activity alone, nor is that online activity given meaning in the social scoring processes. 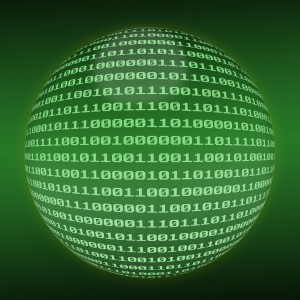 What distorts this further is that when humans are involved the fact that something is said to be important can make it so. Hence claimed measures take on significance beyond their ‘fact’. In attempting to measure something we distort the thing we aim to measure (even if only by our own ‘focus’ upon it). In electronics it’s known as the “probe effect” whereby introducing a ‘probe’ distorts the system – sometimes substantially. Perhaps there’s a probe-effect in the claims for some of these ‘measures.’

Or perhaps it’s part of a bigger issue wanting to make things as simple as possible, providing simple information in an age of simplicity. Yet as humans, we are capable of thinking so much more broadly than simply what our digital exhaust tells others about us. It’s the hard yards of thinking that so often reap the quality crops it sows. So with great encouragement I came across a fantastic company called Outcider doing things differently. They are creating a new system that puts the hard yards in, and ultimately makes that data useful for its audience. Apart from a fantastic piece of software due to come out soon, they remain, in their own words, a “people company.” I had the pleasure of speaking to the Outcider Director, David Maple , who told me that they are “people first, technology second.” Having seen the plans in more details, It’s a radically different direction that I like the sound of, and I can’t wait to see what comes out of that team. It’s definitely one to watch this year.

How is this being done differently?

I touched on the human and sentiment elements of the process as the important factor earlier, and a key to that all is what distinguishes us from others – emotions. The legendary Alan Turing first mentioned the idea of emotion in his 1948 essay stating:

“the question as to whether it is possible for machinery to show intelligent behaviour” and recognised objections to the idea of intelligent machines “cannot be wholly ignored, because the idea of ‘intelligence’ is itself emotional rather than mathematical”

“The extent to which we regard something as behaving in an intelligent manner is determined as much by our own state of mind and training as by the properties of the object under consideration … with the same object therefore it is possible that one man would consider it as intelligent and another would not; the second man would have found out the rules of its behaviour”. [1]

Damasio’s “somatic marker” hypothesis also rings true here [2] - that all your experiences are ‘tagged’ with your emotion at the time. When you encounter a new experience, or have to make a decision, all your memories of any relevance are in some way ‘triggered’, and it’s the sum total of all those emotional responses awakened that is your ‘gut feeling’ about the situation (which you then consciously use reason to justify).  Notice how much faster that summed-response-of-all-your-experience is, than the conscious thinking.

What does this all mean?

In an age where the thinking behind this data mountain is more and more important, it’s massively encouraging to see that there are companies with the thought foresight to see that the solutions they present are more than a number.

If that’s so then it becomes important to see how all your real-life “experiences” are physically and emotionally deeply felt, and how that has quite a different “quality” of impact upon you. A different order to what you experience reading about history, or other people’s second-hand experiences, or exchanging emails tells you.

Perhaps this case is a useful reflection of Thinking Utopia so far. One thing that myself and the team have struck upon, is the absolute need to reflect a true sense of humanity in our thinking and our work. It affects everything we think about – technology, politics, arts and business. Our thinking spectrum is massive and broad where we’ve already encountered a lot of interest and debate in our vision, but if it’s one thing we will always do, it’s reflect and add value to the continuing improvement of people to think better, everywhere.

Thoughts for the week: