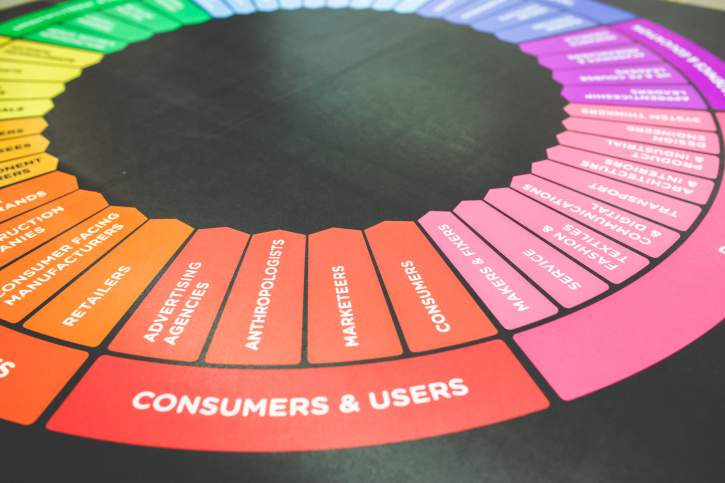 How do specialists in different disciplines make explicit use of “thinking and mind” in their work?  We’re pleased to invite guest writer Brian Jens, a design professional, to offer insight from his experience on one key element of his work.

Have you ever wondered why you prefer this or that color? 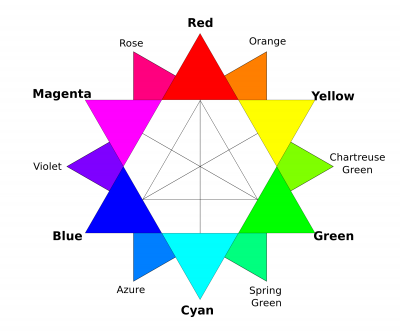 Color plays an important role in human life: it can affect decision making, change your reaction, or be the cause of it. Under the influence of a particular color, you may experience a change in pressure and appetite. We do not generally focus the attention on color in everyday life, so the importance of understanding its effects comes to us only when the color is absent: for example, on a cloudy or rainy day we may feel depressed, and the world around us seems to be unfriendly.

Color awakens unconscious reactions that may vary depending on our individual personal characteristics. The color that we prefer and respond to can tell us a lot about ourselves, namely about our concerns, fears, aspirations, and so on.

The greatest problem in our industry is the fine line between all the scientific research and the reality. Despite all the progress in the study of color and its impact on a person, it is still not possible to find a clear correspondence between them. Therefore, the piece below is the belief of our DesignContest team, which is based on personal experience and partly supported by independent studies and known facts. We do not pretend to know the truth – we just hope that our observations will help you in this or that way, when it comes to using colour in practice. END_OF_DOCUMENT_TOKEN_TO_BE_REPLACED In every side-show tent most of the audience are taken in by the illusionist: either marvelling at the magic, or strenuously looking for “how it’s done”. The elephant disappears; the rabbit comes out of the hat. How extraordinary, wonderful, impossible. And it’s precisely because it is so obviously impossible that we look so hard for the trick, we know that what we see can’t really be happening. If the illusionist is good you won’t even be looking near the right place to see the sleight of hand – it’s already happened.

When you come into the world, you find yourself in one or another side-show tent, depending on geography, time, surroundings, parents. The side-show is the world presented to you by society, by the media, politics, corporations, the powerful and so-on -  wherever they got their own beliefs from.  The illusions are not so obvious because they are familiar, they are what you are expecting to see. If an elephant can be made to disappear, how much easier to win an argument, to convince people of how it is and what they should do. We are fooled into believing that life is just about jobs, markets, rulers, priests, science, progress, ambition, success, being rich, famous, or rebelling against the injustice of those who are; that you should really be thinking about it as a ‘financial asset’, or a game of monopoly to be played and, above all, to be a winner.

If the illusion is one that you are susceptible to, or want to believe, you won’t even be looking for a trick: after all, no elephants are disappearing (actually, come to think of it they are!).  The protagonists appear to be presenting the different, reasonable views, and arguing fiercely with each other about which are the right rules or what the rules should be, or what is right, and what is wrong. As we puzzle confusedly over those questions, we forget to ask ourselves why we are even playing the game, and are fooled by the superficial magic.

Yet even in the illusionist’s audience a few are not taken in, not asking where the trick is, and not interested in playing the game. They leave the tent and find a world of sun, sky and trees and what is real. A new dawn, or the wrong problem?
We live in the ‘smart’ era, and we hear so much now about ‘smart’ – from smart watches to smart homes, it seems every part of human life is entering the era of smart.  Take the ‘smart’ phone for instance. We know what they are, we probably own one and we live each day with more and more use of it across more and more parts of our lives. And yet it’s easy to forget that smart phones have barely been on the market for a decade.

END_OF_DOCUMENT_TOKEN_TO_BE_REPLACED Hello Bridget
With the new Bridget Jones book, Mad About the Boy (Random Publications)  published last month, I thought it might be an idea to consider the draw of one of our (albeit fictional) national treasures.  It is well documented that there is more than just a nod in the direction of Jane Austen’s work in Bridget’s diaries and we all catch our breath when, she too, finds her own Mr Darcy. END_OF_DOCUMENT_TOKEN_TO_BE_REPLACED My mind is racing; I am in a state perpetual list writing. A weary business traveller on the red eye, it is Monday morning and I am delayed on a flight from Manchester to Norwich, with a full day ahead of me knowing that this delay is going to throw the day, nay the week, out. I am tense, I feel it, it is almost tangible and I know my fellow passengers are feeling it too. They shuffle uncomfortably in their seats and they ooze the stress of the Monday morning commute. As I observe their behaviour, my stress was also clear for them to see. The actions of someone who needed to be somewhere and was stuck, acutely aware of the consequence of what was before them, my blackberry winking angrily at me from my lap. Trying to relax, but the very idea is almost absurd. A delayed plane is the ideal time to sit and think, to be, a time for reflection and, put simply, to do absolutely nothing… but this was something that evaded me, try as I might. END_OF_DOCUMENT_TOKEN_TO_BE_REPLACED If you inherited £5 million tomorrow (from a relative you didn’t know you had), would you still go back to work? Many would say “no” – 70% in America apparently[1], and perhaps that’s what you’d expect. Yet the interesting follow on question is … “if not, then what would have to change at your workplace, for you to want to?”[2]. You could take a moment to write your answer….. It’s likely it will be about people, purpose, or in summary: “culture”.
END_OF_DOCUMENT_TOKEN_TO_BE_REPLACED I’d like to take a contentious topic, and try to approach it a little more clearly, at least avoiding some of the usual pitfalls that limit our thinking. The topic is “whistle-blowing”. It gets strong reactions and emotions run high, so we’re readily susceptible to all the usual distortions when thinking about it.
END_OF_DOCUMENT_TOKEN_TO_BE_REPLACED I was led to a YouTube clip today taken from a This Morning  tv episode where Katie Hopkins, a woman who had appeared on The Apprentice some years ago, waxed lyrical about the class system that is so firmly rooted in generations of anxiety, resentment and snobbery. Her argument woke me up to the different ways people see society, class and each other. END_OF_DOCUMENT_TOKEN_TO_BE_REPLACED

With more information having been produced in the last 2 years than the rest of human history combined, I read with interest recently this article about the context, processes and value behind social scoring. Whilst it’s debatable as to what magnitude of useful and genuine “information” growth there has been (idle “chatter” and streaming episodes of our favourite soaps are all counted in for example), there’s no doubt there’s a lot more information, stored across a lot more servers. END_OF_DOCUMENT_TOKEN_TO_BE_REPLACED I had the pleasure of being at the CIM Marketing debate recently which was held at The Hive in Manchester. The debate was based around whether students should be financially remunerated for internships. Two moments in that debate stood out for me above the rest. END_OF_DOCUMENT_TOKEN_TO_BE_REPLACED