Hello Bridget
With the new Bridget Jones book, Mad About the Boy (Random Publications)  published last month, I thought it might be an idea to consider the draw of one of our (albeit fictional) national treasures.  It is well documented that there is more than just a nod in the direction of Jane Austen’s work in Bridget’s diaries and we all catch our breath when, she too, finds her own Mr Darcy.

Oh, but for the idea that Ms Fielding, the creator of this iconic character, had to capture the nation’s hearts with a individual so flawed that she is considered one of life’s failures, yet she is so utterly captivating that she was central to a weekly column first published in 1995 in The Independent, 3 successful books and a film franchise – not bad for a girl who considers herself to be less than perfect.   Let’s contemplate for a moment our heroine’s appeal. Bridget Jones, a clumsy, seemingly overweight (at just over 9 and a half stone I beg to differ), unlucky in love 30 something, struggling to find her place in the world and yet the nation has been spellbound for 19 years.   Bridget is an icon for the unsuccessful and she plays the part extremely well illustrating this perfectly in the first diary by saying  “I’m no good at anything. Not men. Not social skills. Not work. Nothing.” 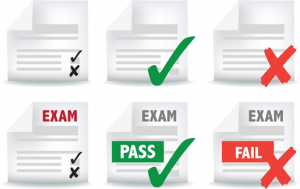 Failure
So is Bridget a failure? Let’s consider this for a moment, what do we even mean by failure?  I looked up the dictionary definition.

“Failure is the state or condition of not meeting a desirable or intended objective, and may be viewed as the opposite of success.”

or as Thomas Edison said:

If we looked at failure in this way then it is no more than a perspective, a view that we hold which allows us to form an orderly queue in society and keep in line.   We hear about our own failure in our everyday lives; you are not smart enough, successful enough, thin enough, rich enough, it might not be said out loud but it affronts our eyes in advertising, magazines seduce us with thoughts of a perfect life, home, the idea that everyone is living a more exciting and successful life than you.  We take these ideas of failure and consider them to be sacrosanct. No wonder we draw comfort when others fail.  In the workplace you will, at some point receive formative feedback.  Who is not gripped with fear when they hear the immortal words, ‘can I give you some feedback?’  Our first response might be  “oh no, what have I done now” you think.  Our colleagues may look on thinking; thank god it’s not me!  They may even take pleasure in your misery, perish the thought.  But we do and there is even a word for this – Schadenfreude and its definition is the pleasure derived from the misfortunes of others.  Taken literally from the German language and pronounced Shad–en–froyd–uh, we have all experienced this at some point in our lives.    In fact in a recent article in the Guardian, many Germans have reported taking great pleasure in the discomfort of their chancellor  Angela Merkel when she experienced phone hacking at the hands of the US, the reason, because she didn’t stick up for them when the NSA undertook surveillance on the ordinary German man on the street.

Schadenfreude in action
A recent study at Princeton University by Professor Susan Fiske (whose work you may be aware of if you are familiar with the Cognitive Miser theory) found that Schadenfreude is more common than you think.  Participants were shown a number of pictures designed to illicit certain responses, the elderly (pity) drug addicts (disgust) students (pride) and rich professional (envy) these images were then paired with positive events (winning five dollars) or a negative event (being splashed by taxi going through a puddle) the participants were then asked how they felt about the pairings whilst their instinctive reactions were captured on an electromyogram.  The research found that, in most cases, people took pleasure from others misfortune even if they did not report it. It was especially prevalent if they envied the person (for example the rich professional).   So in other words we always want to keep up with the Jones but when misfortune happens to them and they come crashing back down to earth then we take comfort from it.  Do you feel uncomfortable reading this?  I did in composing it.

Buddhist teaching
But why this juxtaposition?  These are the rules laid down by our society, the need for self-awareness, compassion and understanding is incongruently working against our inherent nature it would seem.  However there is a Buddhist teaching, Mudita, a word from Sanskrit and Pali that has no counterpart in English,  meaning sympathetic  or unselfish joy, or joy in the good fortune of others, so perhaps, all is not lost?

So what more of failure – There can be more clearly defined failures we can look at.  The Tay bridge disaster, for example, is one such event.  On 28th December 1879, during a violent storm, the Tay Bridge, Dundee, Scotland collapsed taking with it a train carrying over seventy passengers. The train fell into waters of the River Tay leaving no survivors.  The designer of the bridge, Sir Thomas Bouch, a successful engineer, known for his cost effective designs, had a fall from grace that was spectacular, he was knighted for his design in June 1879 but died just 18 months after his knighthood following the disaster with his reputation in tatters.  He was asked to make the cost savings that saw the bridge sucessfully built, but when those costs savings resulted in loss of life people were quick to point the finger of blame.

But we are not programmed to fail.  From an early age we are conditioned to be successful. The current educational system is designed for success, not failure and Michaels Gove’s new reforms will only enhance this feeling (I worry for those poor creatures who, like me, were not the best at regurgitating information onto a page once a year).

Google it
A  Google search of the word “success” yields twice the results (almost a billion) as does the term “failure”  I was once asked in an interview for, as a recall, an administrative post in the civil service, if I considered myself a failure because I had failed my eleven plus exam (In Trafford, where I live,  the grammar school system still exists)  I became defensive and said, of course not I was only 11 and this should not have dictated the path I then found myself taking.  But what if I said yes?  And that was ok, I failed in this area of my life at that time and it was ok.  No disaster became me, I still existed, I still took breaths, in and out, the only thing that was different was the place I had attended each day for five years, an all-girls school that allowed me to find the best friends a girl could ever want.  So it depends how you define failure.  It’s a question of balance.

So what of poor Bridget, if we take pleasure in the misery of others, especially those who are successful what does this mean for our fictional heroine, or perhaps our anti-heroine?  Is she successful because she fails, or do we identify with her and empathise with her predicament?

She is often anticipating the next failure, it’s bound to happen, and it’s a well-trodden path. Experience tells me that this can’t last. Can’t we all identify with this?  If we are riding on a high, we have achieved a modicum of, as we perceive it, success, we have that euphoric feeling of things going well and dare I say happiness, but we are perhaps thinking that there might be dark clouds on the horizon.  Surely this is too good to be true?  Bridget sums it up wonderfully;

“It is a truth universally acknowledged that when one part of your life starts going okay, another falls spectacularly to pieces.”

The Secret
There is some mystical quality to this quote, it could almost  have been taken straight from the pages of The Secret by Rhonda Byrne and we could say, oh Bridget, be careful what you ask for as the Universe will provide!    The Secret, a self-help book, written in 2006 based on an early film has been so successful it has sold over 19 million copies.  Central to the books philosophy is the idea of the law of attraction.  It claims that positive thinking can create life-changing results such as increased wealth, health, and happiness.  Perhaps The Secrets success  has its roots in our own inherent perceived failings and insecurities, that these ‘measures of success’  need to be attained in order to be successful?  But is wealth a measure,  what of success?   Tamara Mellon’s, entrepreneur and co-founder of Jimmy Choo in her recent autobiography ‘In her Shoes’, “she describes her vast wealth alongside a life of treachery…mistrust coupled with disassociation from her mother and brothers…” As I see it, if this is supposed to be success, I beg to differ?

A recent blog article in the Guardian asked that we consider why Bridget is so popular; after all she is a failure? This feeling that Bridget is somehow inchoate without every aspect of her life just perfect means ultimately, in this article at least, that we should not admire her.  Carl Jung is quoted as saying “To be normal is the ideal aim of the unsuccessful.”  And aren’t we trying to normalise all aspects of behaviour by calling it success and failure?  Surely the epitome of human kind is to fail, to learn and grow?  This is the grey, more real ground, between the black and white views of success and failure.  Edison’s quote really resonates here.  If we look at the definition of failure not as an absolute, as the end, the place of no return but the ability to learn from our perceived failings we see Bridget in a very different light. Therefore, if we take the definition of failure in this way Bridget has not failed,  she is possibly a roaring success?  But what of you and I? Why is that we like her for all her perceived failings and wallow in the delight of a seemingly successful individuals fall from grace?   Chris Hume, Lance Armstrong amongst many others?   It maybe that there is not a lot that separates Bridget from the highly successful, it’s just that Bridget Jones is simply more honest than most about her shortcomings she does not profess to be the best and we draw comfort from this, because, like Bridget we too are human and flawed.  She is self-deprecating and often unable to articulate her true self in social situations, she hides her intelligence well, which may be the only distinctions between her and her more ‘successful’ counter parts.  She is considered to be endearing and the truth, as I see, it is that she is just an amalgamation of all that ails us in today’s society.  So I say let’s celebrate all that it is to be you with all your inconsistency, idiosyncratic ways and lets raise a glass of chardonnay to dear old Bridget as she finds her way through life in the best way she knows and she lets us know that the (other) Jones we are trying to keep up with, just like us, are suffering too, they are just not telling us about it.

“It is proved by surveys that happiness does not come from love, wealth, or power but the pursuit of attainable goals.”

Article on the history of the Tay Bridge