If you inherited £5 million tomorrow (from a relative you didn’t know you had), would you still go back to work? Many would say “no” – 70% in America apparently[1], and perhaps that’s what you’d expect. Yet the interesting follow on question is … “if not, then what would have to change at your workplace, for you to want to?”[2]. You could take a moment to write your answer….. It’s likely it will be about people, purpose, or in summary: “culture”.

If culture is that important – the difference between people wanting to work, and just not wanting to be there – then it seems odd that for the most part we only think about “culture” in vague and wooly terms. Real progress here would be to get a handle on it. “Culture: what is it, and why do we want to change it”?

What is culture?
Like happiness, love, quality, creativity, care, trust… it seems to defy measurement, yet we know it when we see it. If you’ve worked in many organisations, you’ll know that some are very different to others. There are shining examples of difference. Semco “the worlds most unusual workplace”[3] has been operating for decades with a different culture. Managers are hired by the people they will manage, and managers performance is evaluated by those who work for them too. They actually do that, for real, and very successfully. What difference would that make where you work place? W.L Gore[4] is a frequently cited example: again decades old, highly successful financially, with thousands of employees, where the job titles hint at a radically different culture – the only job title is “Associate”. Again, not just a superficial management fad – the differences run deep, and are sustained. Those examples start to point at the wide variety of corporate cultures that are possible, and real – in case you’ve been in one place for a long time and lost track of that experience.

Why do we want to change culture? Because it’s so important. If 70% of people in the American study don’t want to be in their workplaces… then if we could change that, we’re looking at a real opportunity to change people’s lives hugely for the better. And, if an organisation where people want to be working has an advantage over one where people don’t want to be there – which is surely a fair bet – then we’re helping our working society too.

How do we start?
How do we know what we’re changing and if it’s working? It sounds as though we need some way of crystalising “culture” so we can get a handle on measuring it, just to know what’s happening. There’s a real danger here. We’ve had enough years of targets and measurements – in education, the NHS and more – to know that attempts to measure something can destroy the very thing you’re trying to measure. Set targets for ‘quality’ and real quality goes out of the window as people fixate instead on the quickest easiest way of meeting the measures, whilst ignoring the damage we’re causing that doesn’t happen to be measured. The price of everything, and the value of nothing. In electronics we’d call this the “probe effect” – the act of trying to measure something interferes what you’re trying to measure. Perhaps, rather like Heisenberg’s uncertainty principle, there are some qualities – such as “culture” where you can’t have it, and measure it at the same time.

Yet with that caution, there is hope. The Bhutanese have for many years had economic policies that maximise, not GDP, but GNH – Gross National Happiness[5], and this has meant they have had to measure National Happiness. Their presentations to the EU that I have seen show them to have been genuine, sincere and successful in their goal. Western psychologists in recent years have found a basket of ways to assess “happiness”, which they wisely acknowledge as imperfect, but seem to get close to the “right sort of thing”. Another hopeful clue comes from the Chilean Economist Manfred Max-Neef [6] who has evaluated economic systems in terms – again not GDP – but of how well the economic system meets the needs of the peoples it serves. This quest led him to study what the needs of people actually are, (subsistence, safety, community, purpose…) and his economic measures are refreshing (the U.S. economy doesn’t do too well by Max-Neefs measures).

If we can stay aware of the dangers, and even make use of them to keep ourselves alert, then we owe it to ourselves to try, and to get a handle on “corporate culture”, from which we can learn. With that in mind, lets try and develop a workable measure of ‘culture’.

So how do we rethink the way we actually measure this? What we have done is to take a broad view of measurement in order to be approximately right, rather than precisely wrong. We have applied a number of factors that stem from the organisation through to the individual, and put them together. If a culture inhibits everything in an organisation, then bringing new clarity to measuring it must surely involve more than only a focus on the ‘efforts and outputs’ of employees. 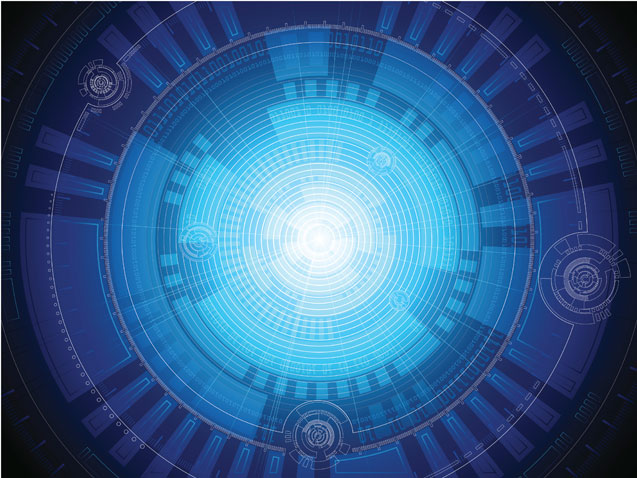 The Infrastructure
This is representative of the tools, systems, processes and all other organisation led attempts at driving culture. We have seen well documented ‘success’ stories like Google’s process of aligning 20% of their employees time to other ‘cool projects,’ and Gore’s infamous utopia of associates as structures by which a culture is trying to be defined, mentioned above. These, of course, are never the only part of the answer, but they are so often forgotten as the elements that do play a large part in defining a culture, and thus they must be used in their measurement.

But how do we measure an infrastructure?

We measure this, the same way we would for any other process – how fit for purpose it is – how well it meets the “needs” it is designed to serve. It’s a vital measure to get right so that the very structures that are designed to inspire a culture don’t suddenly become dormant.

People recognition
How people are recognised for great achievement is one the most visible measurements defining culture. At organisations the length and breadth of the country, it has been consistently shown that the more openess and awareness an organisation has about it’s recognition of people, the more it achieves a bonded level of colleagues and a drive for better performance. The Macleod review in 2009 pointed us in that direction, and there must be more that we can do in a practical sense to get a handle on this area.

We have seen a lot of political gamesmanship in organisations that point to their awards as signs of cultural success. And whilst there are some useful and rigourous awards, behind the buzz words like ‘Reward,’ and ‘Engagement’ there needs to be a true sense of measuring exactly how people are recognised. Bringing in some marketing experience, there  is a new way it can be done using what marketeers call the 6Ws – who, what, why, when, where and how. If we can understand and crystallise answers for ALL of those 6 areas we will have a rounded view of how we recognise people. Have a go, you may be surprised by the answers…

Productivity
If the previous two areas have a focus on both the individual and the organisation, this section has a predominance towards the individual. Just how do we begin to measure the personal productivity of an individual?

Here, we believe the answer lies in calculating all round value. This shouldn’t be just about whether an individual meets their targets or stretches them. This is about including factors like their teamwork, their value for the organisation in terms of their non professional skills, and other factors that are truly more about the all round output of an individual – who benefits from their help, and how.

Here there is much to learn from great agencies and service providers who regularly recruit as much on personality factors as they do on technical skills.

Wrapping this up:
In one company we have experience of, we saw a valiant attempt to measure leaders against one particular score of people engagement. It worked at first, but became little more than a leadership box ticking exercise after a while. The structures need constant review.

The three areas above are a call to action to those leaders in organisations who have a remit and responsibility to shape culture. The bringing together of all those areas is the starting point of a much more holistic understanding of culture. If what we know, we measure, then we must assess exactly what we’re measuring of our culture, not treat each component part in silos. Then we can drive a measurement score as rounded as each human it’s supposedly measuring.

Thought for the week:  How do you measure your ‘culture,’ and what exactly are you measuring? Be truthful with yourself – does it all add up?

[2] this exercise comes from Marty Neumier.

[3] “Maverick! the success story behind the world’s most unusual workplace”, Ricardo Semler, Random House, 1993 (most recent edition 2001), or alternatively see Semler’s talk at the Sloan Business School “Leading by omission”, 2005.

[4] W.L.Gore’s culture is reported in many places, perhaps the best known popular account is in Malcolm Gladwell’s “Tipping Point”, 2000. Notably both Semco and Gore still quietly go from strength to strength since those accounts were written.

[6] Wikipedia’s short entry on Max-Neef is a fair starting point for links to his work on Human Needs and Human-Scale development.